Red Tails, opening January 20th, is about the Tuskegee Airmen, America's first black military pilots and crew, who fought during World War II. George Lucas spent 23 years and millions of his own money to bring this film to the masses because Hollywood doesn't see "green" with a black cast. In other words, "a black movie ain't gonna make any real money".

Per Lucas on the Jon Stewart Show, this is the first action/adventure movie that features a black cast. Stars include Cuba Gooding Jr., Terrence Howard and Ne-Yo, along with a black director, Anthony Hemingway, and screenwriter, John Ridley.

Go out and support this film. Prove the industry big wigs wrong. Regardless if the cast is black, yellow, red, mocha, white, whatever, as long as it's good entertainment, we will pay to watch. But even more important, share this movie with your kids...American History comes in many colors, religions, and classes.

Note: To learn more about the Tuskegee Airmen visit http://www.redtail.org. 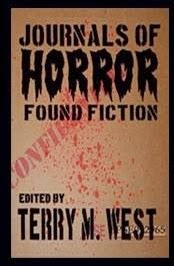