To Plot or Not to Plot 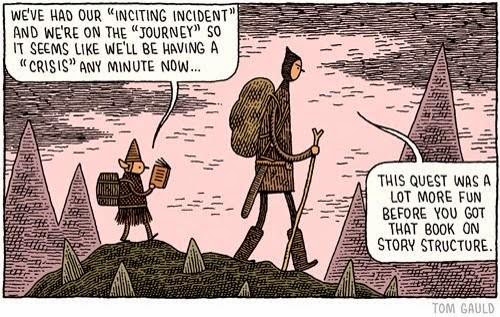 I used to plot-to-death. Then, I was a pantser. But now you may address me as part of the converted --- I'm a bit of both.

The trick is discovering what works best for you. There are endless plotting methods to play with (Hero's Journey; Save the Cat; Story Engineering; 3 Act Structure; and so on) or mash 'em up to create your own perfect plan.

When I saw Larry Brooks at the 2013 Willamette Writer's Conference, I loved his presentation "Fix Your Novel with One More Draft". Then a year later my friend loaned me her book, Story Engineering (by none other than Larry Brooks). I totally connected with it. No new concepts (as he even says himself), but for some reason taking the time to plot finally clicked.

So, I decided to take what I learned, along with what already worked for me, and apply it to my short story "The Doom of Wonder Bread." It was the best writing experience I've ever had...from idea to acceptance. And not once did I ever dread going back to my draft. I actually had to force myself not to touch it while waiting on critique feedback. Sure, it was sometimes hard, but it was never complicated.

For those that are curious, the entire process for my 6000 word middle grade sci-fi story lasted two and a half months. I found out about the 2014 Young Explorer's Adventure Guide in early June and spent ~ two weeks brainstorming ideas. Once I had a concept and theme and knew my main character, I started to write.

Tweeking Larry Brooks' story structure, I outlined my first plot point, decided how I wanted my story to end, and then backed into my midpoint and second plot point. Three weeks later, I had a clean first draft that I submitted to my critique group. A week later I received feedback and completed a second draft in two weeks (a scene cut, two scenes added, but the same plot). Another round of critiques and one final revision done in a week.

Then the best part: I submitted to Dreaming Robot Press on a Thursday, received an acceptance email the following Monday.

So there's something to be said about the right amount of plotting (just enough so you know where you're going), with the right mix of pantsing (to let the story show you how to get there). But the most important thing, enjoy the process. 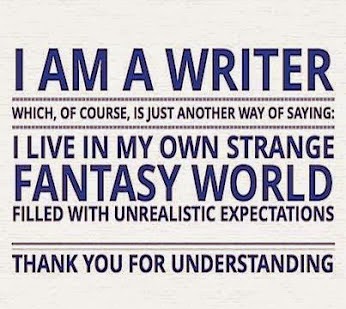 who are you?
PlayWrite
http://www.bysonjathomas.com/

Email ThisBlogThis!Share to TwitterShare to FacebookShare to Pinterest
Labels: I am, writer

Which way do I go?


Fall's almost here. Later sunrises, earlier sunsets. Even a drop in temperature (crossing fingers that this time it will stick).

Fall has always been that season where I've made big changes. Moved from Florida to DC. Then after 11 years, moved cross country to pursue my love of writing full-time. But for some reason, all the changes I've been experiencing lately seem to be happening "to me" rather than created by me.

The biggest change: my dear, creative friend has moved to Laguna Beach. But rather than curl in a ball and weep, I'm celebrating the amazing fun we've had together and cheering her on to bigger and better things. Our friendship won't be severed by a measly thousand miles.

So where do I go from here?

I celebrate the awesome life I've created in Portland: a supportive writing and art community; three short stories sold; an intimate connection with nature; and wonderful folks and activities that fill me with joy. There's so much more to experience (publish my picture books and novels; hike new trails; create new soul-full relationships...). So with an open heart and focused outlook I continue on this journey, ready for the next adventure.